The key focus among other things for bond markets was the fiscal math. While the fiscal deficit as % of GDP has been pegged at 3.4%, the gross borrowing program of INR 7.10 lakh cr has spooked market sentiments. Market is also worried about how the revenue side estimates will actually pan out. Additionally, key to note is that ~60% of net government supply in FY19 was cushioned by RBI OMO bond purchases. Uncertainty on how much would be the quantum of OMOs and will they actually be needed will be a uncertain sword hanging in the market.

For now, we expect bond yields to remain at current elevated levels with sideways movement till MPC meeting slated for next week offers some clarity. Short duration funds are a better suited option for investors to participate in fixed income. 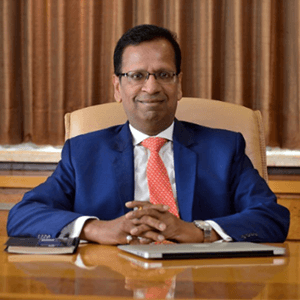 A middle class budget with a rural focus is what the government has delivered in an election year. They have managed to focus on rural and SMEs while enabling higher affordable housing too. Farm support schemes will put more money in the hands of farmers thus giving an impetus to rural consumption. MSMEs will benefit from the interest rate subvention and from the sourcing requirement guidelines for government entities. Low income individuals will reap significant benefits from this budget and that will mean a stimulus for affordable housing. The announcement of benefits under Section 80 – IBA of the Income Tax Act being extended, additional boost from exemption of tax on Notional Rent and capital gains benefits on selling one property and buying two will all give affordable housing financing a leg up. On the interest rate front, the FM has set the stage for a rate cut by the RBI and that is a positive for funding. The removal of three banks from PCA framework and the expected capital infusion in this month, will ease the liquidity problems to a good extent. Fiscal arithmetic however doesn’t seems to be too clear, but in an election year you usually see higher spends.

Tilting towards populism, while avoiding a big bend 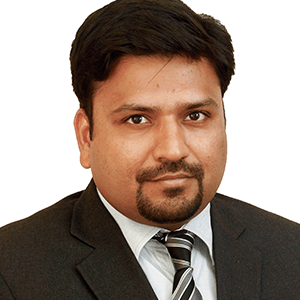 Tilting towards populism, while avoiding a big bend”, the government announced the interim budget for FY20. The FM has made an effort to contain FY19 fiscal deficit @ 3.4% of GDP, while maintaining the FY20 Fiscal deficit target straight line @ 3.4% of GDP (at probably cost of capex expenditure). With potential of stoking inflationary pressures, the budget also pushes the Fiscal consolidation away for some time, especially when there is an increased doubt on revenue generation.

The FM has tried to address agrarian issues through a farm package (PM kisaan Samman Yojna), though the allocation pegged t INR 750bn does not disturb the fiscal maths in big way.

The revenue targets, especially on GST collections and Disinvestment for FY20 looks quiet stretched and optimistic.

As far as RBI is concerned, we believe the budget pushes back possibility of rate cut in near future and expect RBI to highlight potential upside risk to inflation on account of slip in fiscal.

We believe that there would be pressure on bond yields and expect new 10 yr g-sec to trade in range of 7.20% – 7.60% in medium term and take further directional cues from incoming macro data.

A populist yet balanced budget with a grand vision

While laying out a grand Vision 2030 for building a modern, empowered and self-sufficient India and highlighting the government’s achievements during the last 5 years, stand-in Finance Minister Piyush Goyal has done a commendable job in presenting an Interim Budget which will bring a smile to the agricultural sector, the unorganized sector and the middle class.

Given the growing signs of distress in the farm sector in various pockets of India, this budget was expected to deliver special incentives for the agriculture sector. Apart from increased outlays for building rural roads and rural housing, this budget sets out a roadmap for bolstering the rural infrastructure that will encourage entrepreneurship in areas of allied activities like animal husbandry and fisheries, activities which have been entitled to interest subvention of 2-5%. In addition, the structured income support programme conceptualized in the form of Pradhan Mantri Kisaan Samman Nidhi aimed at farmers owning up to 2 hectares of land will benefit 12 crore farmer families. Farmers have also been provided relief in terms of interest subvention for loans in case of crop failures due to natural calamities. All these steps augur well to provide a push to agriculture and allied activities and I believe this will provide a spurt to the demand for agricultural equipment as well.

The vision of creating 1 lakh villages over the next 5 years is something that I found really interesting. This idea of bridging the rural-urban digital divide is something that resonates well with our very own Sahaj initiative which has created some 75,000 digitally-empowered rural entrepreneurs in the remotest villages of some 23 states in India. So, I look forward to the details of this Digital Village initiative. I feel there is huge scope of dovetailing the government vision with the existing infrastructure already on ground. In fact, our Sahaj centres can play a meaningful role in targeted delivery of subsidies to the farmer community.

The extension of the National Pension Scheme to the unorganized sector is a big step forward and will address the needs of some 42 crore workers after their retirement. The tinkering made with the National Pension Scheme and Gratuity schemes also augur well for the middle class. Most noteworthy is the exemption of income tax on annual income of up to Rs. 5 lakh. This, coupled with the increase of standard deduction from Rs. 40,000 to Rs. 50,000 per annum, the increase in exemption limit on house rent for TDS calculation and increased exemption on interest earnings will provide some relief to the salaried class which is welcomed.

The step to exempt levy of notional income on a second property owned by a tax-payer combined with the steps taken to encourage affordable housing augur well for the real estate sector. The recommendations of the committee that is looking into the issue of GST on housing will also hopefully provide some added impetus to this sector.

I was expecting some measures to be announced towards easing the access of funds for the infrastructure sector, especially on how to channelize long-term funds from the insurance and pension funds into the infrastructure sector. The Interim Budget could not address that part. I hope that aspect would get adequately covered in the actual Union Budget 2019-20 that would be placed after the General Elections.