Moody’s Investors Service has upgraded the Government of India’s local and foreign currency issuer ratings to Baa2 from Baa3 and changed the outlook on the rating to stable from positive. India’s rating has been upgraded after a period of 13 years.

India’s sovereign credit rating was last upgraded in January 2004 to Baa3 (from Ba1).

Moody’s have also rightly recognized the Government’s commitment to macro stability which has led to low inflation, declining deficit and prudent external balance and Government’s fiscal consolidation programme which has resulted in a reduction of fiscal deficits from 4.5% of GDP in 2013-14 to 3.5% in 2016-17 and its consequential sobering impact on general government debt. Government intends to stay the course on fiscal consolidation in the medium term.

In this regard, HDFC Bank and ICICI Bank has given the views on the same.

According to HDFC Bank, “This is a first rating upgrade for India in last 14 years and is likely to be positive for both bond and currency markets.In a time when investors remain concerned about rising inflationary risks and fiscal worries, the rating upgrade is likely to lead to some downside movement in the bond yields.

For the rupee, this means, some risks related to rising crude oil prices could be mitigated with higher capital flows on account of the rating upgrade and lift in investors’ sentiment. Today the rupee has appreciated by 0.8% to around 64.8 levels against the dollar. While in the near-term the rupee could see some gains (November trading range of 64-65), we think a movement too far away from this fair value (of 65.5 according to our assessment) is likely to be prevented by RBI intervention to some degree. Therefore, we have kept our year-end USD/INR target unchanged at 64.5-65.5 by financial year-end (Q4 FY18).

On the fiscal front, while some concerns remain about an overrun in FY18, both valuation gains and renewed investors’ interest on account of the rating upgrade could give the government a good opportunity to go ahead with its revenue generating programs at a swift pace (disinvestments, recap bonds etc.). The government has also indicated that it is looking at reworking its fiscal strategy. In our Fiscal Review report in October, we had penciled in a 30% probability of fiscal slippage (breach of 3.2% fiscal deficit target) in FY18.”

Chanda Kochhar, MD and CEO, ICICI Bank says, “It is also very heartening to note that Moody’s has taken cognizance of India’s higher growth potential and increased economic resilience as compared to other countries in our rating cohort. Reforms have been both economic and institutional and have been undertaken keeping in mind the holistic growth potential of the economy. The economic reforms have targeted overall formalization of the economy through manifold measures such as demonetisation, implementation of GST, direct benefit transfer, unique identification etc.

“On the banking front, the recent recapitalization measure and the formalization of the insolvency and bankruptcy code will strengthen the banks as also facilitate speedier resolution of NPAs. On the markets front, asset markets will react positively to this action and India is now on a higher footing than peers like Indonesia.

The move is also good for capital flows into the country as a large part of international capital allocations are rating linked. This is also a huge positive for the Indian government and Indian corporates as it reduces borrowing costs for the government and will lead to lower credit risk premiums for corporates leading to cheaper cost of capital, added Chanda Kochhar.

George Alexander, Muthoot, MD, Muthoot Finance says, “Moody’s ratings upgrade is a testimony of the fact that the government’s road map of fiscal reforms is on the right path. This global recognition is a positive step for overall Indian economy and it will also help in attracting global inflows into India. The rating upgrade will also provide relief to corporates on their borrowing costs.” 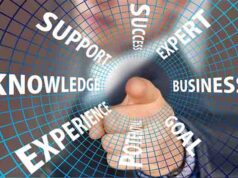 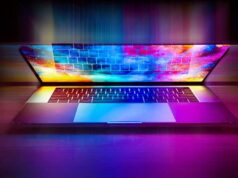 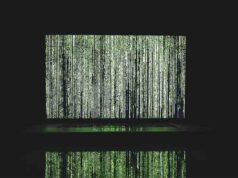