Home » Budget 2019 » Budget 2019: Development of infrastructure and real estate has been one of the key priorities of the government: Ramesh Nair 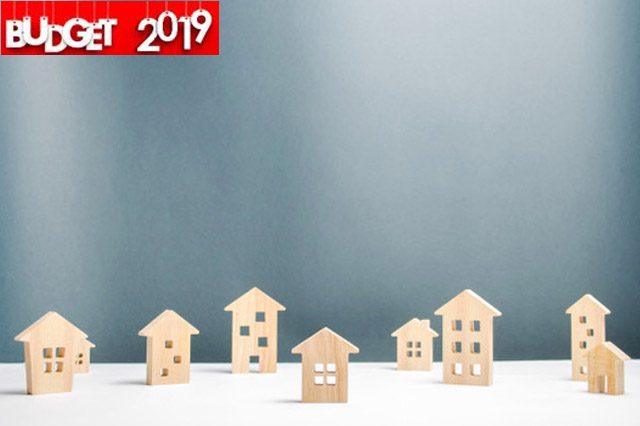 The current government’s progressive work implemented during its first term has helped in the sector’s revival. While it has helped in the residential segment’s revival, it has put India’s office and retail segments, and emerging segments such as logistics and warehousing on a global map. The continuity of reforms for the next five years is sure to infuse growth and improve buyers’ and investors’ sentiment.

Implementation of real estate regulation three years back followed by the Goods & Services Tax, the next year, brought in the required structural reforms in the economy.

Government programmes such as ‘Housing for All by 2022’, credit subsidies offered under the Pradhan Mantri Awas Yojana (PMAY), tax incentives for first time homebuyers and special projects such as Smarts Cities Mission, and Atal Mission for Rejuvenation and Urban Transformation (AMRUT), have the potential to transform the urban landscape in the country. As a result, while cities will become liveable, there will be an increased supply of affordable housing.

Investors, both domestic and foreign, have taken note of these developments. The impact of reforms has been reflected in the investment flows received by the real estate sector. Of the total institutional investments of US$ 30 bn during 2009-2018, US$ 20 bn was invested in 2014-2018. During the same period, the share of foreign investments more than doubled to 70% in 2018 from 31% in 2009.

Development of infrastructure and real estate has been one of the key priorities of the government. Fiscal and monetary measures adopted so far along with initiatives to rationalise the GST for the affordable housing sector proves the point. The real estate sector is hopeful that the upcoming Union Budget 2019-20 will again give some good news as we have witnessed at previous similar occasions.

Further sops in the form of tax incentives for homebuyers and fiscal measures can boost liquidity in the system.

1) Provision of Liquidity for Developer Lending

Liquidity constraints have so far restricted the sector and the developer fraternity to move beyond their current potential. Amidst rising debt, construction finance has remained a big concern for the sector. Both the scheduled commercial banks and the non-banking financial companies (NBFCs)/housing finance companies (HFCs) have of late become cautious in lending to the sector. From past five years, till FY2017-18, NBFCs/HFCs were lending around Rs 35,000-40,000 crore annually to the sector. However, the funding from these companies shrunk substantially in FY2018-19 due to the NBFC crisis.

In such a scenario, we urge the government to infuse liquidity for immediate developer lending. With necessary checks, the fund disbursed will only enhance the delivery potential of the sector. It will help developers to add to the required housing supply, which in turn will help homebuyers.

RBI has reduced the policy rate for three consecutive times. However, the mortgage rate from banks has remained sticky at around 9%. The government should signal its intent to lower the prevailing mortgage interest rates in sync with the reduction of Policy Rate.

The Finance Bill, 2017 introduced provisions to restrict the set off of loss from house property against other heads of income to INR 2 lakh during the year. The balance loss, if any can be carried forward and set off against income from house property in the subsequent 8 years. The removal of this restriction will enable the individual to claim the entire interest on his let out property without any limit. This is expected to spur higher investments in the housing sector.

The government in 2012 had imposed a MAT on Special Economic Zones (SEZs) units at a rate of 18.5%. MAT was introduced to bring into the tax net the companies operating out of these SEZs. However, this is a contradiction to the very establishment of SEZs, which are meant to promote investments and exports from India and offer companies the much-needed push for growth. It is against the concept of providing tax concessions, which has been the very base of the growth of SEZs. This has hindered an overall development of SEZs in the country.

SEZs and their development are keys to the growth of the office segment and logistics & warehousing, and manufacturing sectors in the country. SEZs, wherever, they have been developed, have in turn contributed significantly to the overall development of the neighbouring regions and propelled the development of housing. Hence, removal of MAT on SEZ units and SEZ developers will help the sector significantly in bringing the required infrastructure growth.

In this relation, MAT provisions are also applicable to the profits of the housing project which is eligible for deduction under the clauses of Section 80-IBA. Section 80-IBA grants 100% exemption on profits from affordable housing projects, subject to conditions. This again is a contradiction from the very fact that the government and the sector are working towards the objective of promoting and increasing the supply of affordable housing in the country.

Hence, we urge MAT be removed from SEZs and affordable housing.

5) Extension of the Sunset Clause of Special Economic Zones

The government had introduced a sunset clause for SEZs in 2016. The provision was introduced in line with the government’s vision to phase out exemptions. According to the clause, only an SEZ unit that commences operations on or before March 31, 2020, shall be eligible for an income tax holiday. Considering the challenges faced by the real estate sector in the last couple of years, we request the government to extend the date and provide the required relief to SEZ units and developers.

The government has allowed raising of capital through ECB route for construction and development of affordable housing projects, industrial parks, integrated townships, SEZ as part of new project/modernisation of expansion of existing units or any activity under ‘infrastructure sector’ definition. ECBs are an important route to raise capital other than scheduled commercials banks and NBFCs/HFCs. However, considering the requirement of long term capital, broadening of the ECB regulation to cover the entire real estate sector should be looked at.

For the real estate sector to really grow and execute its projects on time, various government approvals, especially, those relating to the environmental clearances and permits should be awarded in a timely manner. The sector has long been demanding a single window clearance mechanism in place.

While RERA provisions make the activities pertaining to development and delivery time-bound, government needs to ensure a conducive working environment for sector to operate in.

This will remove the bureaucratic delays that are encountered from the commencement of projects until its completion. These eventually impact the cost of borrowing and result in cost and time overruns. As a result, the burden of delays is passed on to customers in the form of price escalation. Hence, a single window clearance mechanism is desirable.

8) Open up land for mid-segment and affordable housing

Initiatives such as the Pradhan Mantri Awas Yojana (PMAY), incentives such as granting infrastructure status and rationalization of the Goods and Services Tax have ensured that the sector and investors are attracted to the segment. The revision of the affordable housing definition by way of increasing the carpet area of up to 90 sq mts in non-metros, and 60 sq mts in metros with a price tag of up to INR 4.5 million was a welcome move. In February’s interim Union Budget, we also saw an announcement of a years’ extension on the approval time to claim 100% tax deduction on profits from affordable housing projects under Section 80-IBA.

The extension not only ensures the continued interest of developers involved in the construction of affordable housing projects but will also attract new companies to this segment. Led by better returns, several development firms and institutional funds have been eyeing opportunities in this space. Overall, it will help in achieving the ‘Housing for All’ objective of the government.

However, the need for affordable housing in urban areas and cities should remain our priority, as cities, especially the tier 1 cities and state capitals, have been the centres of economic growth in the country. With rapid urbanisation, cities are already under pressure to cater to their burgeoning population.

In this regard, we expect the government to release additional land parcels lying with various government agencies through a transparent and well-monitored mechanism.

In the view of the current housing shortage in the country and the objective of ‘Housing for All by 2022’, the growth of rental housing on a large scale is desirable. We recommend the following:

(ii) In this scenario, the secondary market can be used as a good resource pool to create affordable rental housing. It is recommended that the current deduction limit from rental income under Section 24(a) should be increased. This will promote rental housing in cities. Within this, special provisions and incentives can be introduced for differently-abled, senior citizens and women, who own a rentable property and wish to earn rental income from that.

10) Focus on the development of infrastructure along the growth corridors

Infrastructure development has a direct bearing on the socio-economic development of any locality. While new corridors are being planned across the country, development of existing infrastructure projects around cities and those relating to industrial corridors should be taken up at priority. Our own study conducted in Mumbai, Delhi and Bengaluru suggests that a robust connectivity infrastructure in terms of roads and metro network has positively impacted the real estate values of surrounding localities and have added strength to these markets. Hence, we urge the government to push for infrastructure growth.

11) Extend the incentive for first-time homebuyers

Government has already extended the interest subsidy scheme for the first-time urban homebuyers till March 2020 under the credit linked subsidy scheme, who have an annual income between Rs 6 lakh and Rs 18 lakh. This is already enabling homebuyers to avail up-front financial assistance of about Rs 2.5 lakh from the central government. Specifically, the incentive has helped buyers in the middle-income group.

However, limiting the timeline to March 2020 dilutes the purpose of ‘Housing for all by 2022’. In this light, an extension till 2022 will help more and more buyers to invest in housing and will help in the sector’s revival.