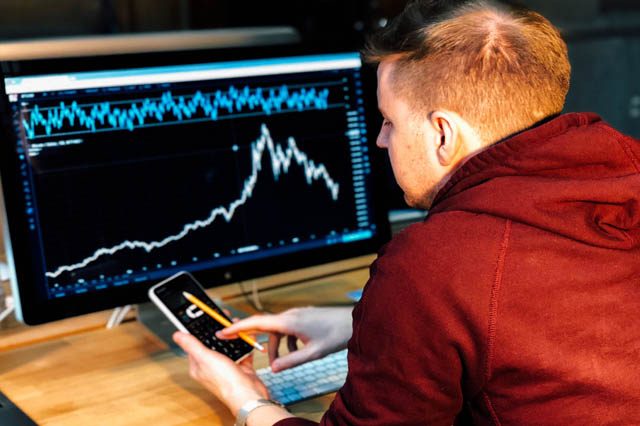 On average, for the year as a whole, the inflation estimate remained broadly unchanged at 3.3%.

• In line with our expectations, the RBI cut the repo rate by 25 bps to 5.75%
• The Monetary Policy Committee (MPC) voted unanimously in favour of the cut
• The MPC also changed its monetary policy stance from ‘neutral’ to ‘accommodative’
• The MPC revised down its projections for GDP growth from 7.2% to 7.0% for FY20
• Inflation estimates for H1-FY20 revised up while that for H2-FY20 revised down
• The RBI also constituted a committee to review the liquidity management framework
Given the downside risks to growth, we expect one more rate cut (25 bps) in August. Contingent on inflation risks remaining contained, there could be a 25 bps rate cut in the October meeting as well.

The MPC highlighted that “a sharp slowdown in investment activity along with a continuing moderation in private consumption growth is a matter of concern”. Moreover, the MPC members concluded that since the headline inflation remains below the target, there is scope to be accommodative and support efforts to boost aggregate demand and reinvigorate private investment activity in the economy.

The RBI changed its stance from “neutral” to “accommodative”. What this essentially means is that rate hikes would now stay off the table in the foreseeable future. Depending on how the risks to inflation pan out, the RBI could cut interest rates further or stay on hold – the two possible options in an accommodative phase. Moreover, the focus is likely to be on the transmission by keeping ample liquidity (possibly surplus on some of the days) in the banking system.

How many more rate cuts?

Although the RBI revised its growth forecast lower for FY20, there could be further downside risks to their H1 growth estimates, warranting more rate cuts this year. We believe that another rate cut could be in the offing in August, assuming that inflation risks remain muted, especially the food inflation risk during the monsoon season.

On the fiscal front, the Governor (during the press conference) mentioned that the government has broadly followed the fiscal glide path and is likely to stay fiscally prudent. This essentially means that unless there is a significant change in the fiscal deficit numbers for FY20 (compared to the interim budget), there could be room for the RBI to support growth through further interest rate cuts.

At this stage, as outlined in the policy statement, the risks to RBI’s baseline inflation trajectory could emanate from monsoons, unseasonal spikes in vegetable prices, international fuel prices, geo-political tensions, financial market volatility, and the fiscal scenario. If these risks are not significant and inflation numbers are in line with the RBI’s estimates, there could be a rate cut in the October meeting as well.

What a new liquidity framework could mean?

Constitution of the committee (an internal working group) to review the liquidity framework suggests that the focus is likely to make the transmission process more efficient.

For the past few years, the objective has been to keep banking liquidity in a sustained deficit to enable the objective of aligning the WACR (weighted average call money rate) with the repo rate. A new liquidity framework could mean periods of sustained liquidity surplus in order to intensify transmission. In this regard, simplification of the framework could mean some rationalisation of the term-repo structure and a simpler communication for the markets, making the transmission process more efficient.

On inflation, the MPC statement highlighted that even as the summer pick-up in vegetable prices has been sharper than expected, a significant weakening of domestic and external demand conditions appear to have led to a broad-based decline in core inflation (excluding food and fuel) – thus imparting a downward bias to the inflation trajectory for the rest of the year.

On average, for the year as a whole, the inflation estimate remained broadly unchanged at 3.3%.

On growth, the RBI in the February policy had projected a figure of 7.4% for FY20. This was revised down to 7.2% in the April meeting. Today, on account of weak global demand, escalation in trade wars, subdued exports and investment activity, and recent weakness in private consumption the RBI to revised its GDP growth estimate yet again – from 7.2% to 7.0%.
In its policy statement, the RBI mentioned a range of 6.4%-6.7% for H1:2019-20 and 7.2%-7.5% for H2 – with risks evenly balanced.

After the policy announcement, the benchmark 10-year bond yield has gone down from an intra-day high of 7.012% to 6.876%.
Dovish signals (cues of more rate cuts) from the monetary policy statement and the announcement of a committee to review the liquidity framework could trigger the movement towards 6.8% in the short-term. Global growth worries, increasing expectations of a rate cut from the US Federal Reserve, and decline in the oil prices could also support the momentum trade towards 6.8% in our view.

However, 6.8% could be the peak of the ongoing rally in our view and the best time to book profits. In 2H-FY20, we expect some of the supply side concerns (heavy G-Sec and SDL issuances) and overall fiscal worries (low tax collections) to be more prominent factors for the markets. Thus, as the supply-side worries hit back, we expect the benchmark 10-year yield to move to 7.2% level by September.

An important caveat here (for 2H-FY20) is that the global situation remains somewhat stable. A sharper than anticipated slowdown in global growth and an aggressive shift in stance of the US Federal Reserve (towards multiple rate cuts) could put downside pressure on Indian bond yields in 2H-FY20 too. In such a scenario, despite the supply-side pressures, the benchmark bond yield could continue to trade below the 7% mark. However, this is not our base-case scenario for now.

[Central Bank Watch: Another rate cut on growth concerns has been released and shared by the HDFC Bank’s Treasury Research team.]