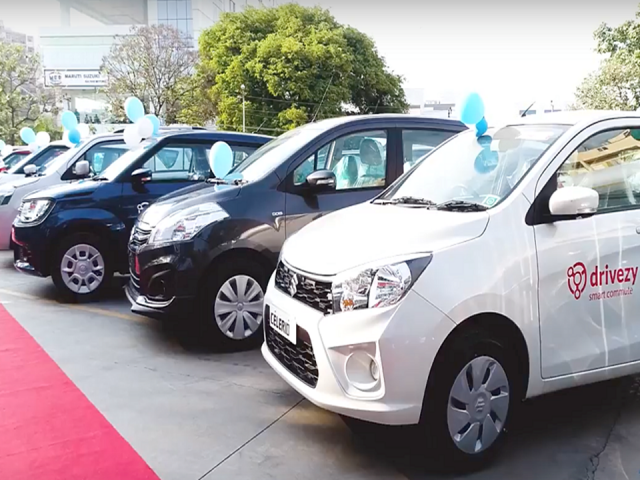 The company caters to over 1.5 million users in 11 cities and operates with more than 8,000 vehicles on its platform.

Drivezy launched its car sharing service in New Delhi with a fleet of 50 cars that can be rented through Drivezy mobile app and web. The online platform allows people to enlist their idle cars, scooters and motorcycles and rent them to customers on a short and long-term basis. Customers in the city can choose between a range of seven models at prices starting at Rs. 49/- per hour. Drivezy looks to consolidate its presence in the city and plans to increase the operational fleet size in the city to 200 cars in the coming months. The company allows customers to rent vehicles on an hourly, weekly and monthly basis.

The company announced $20 million Series B funding in November 2018 and has consistently launched services in a new city every month. Drivezy is aggressively scaling its presence across India and consolidating its foothold in the growing two-wheeler and car sharing businessIn 2018, Drivezy enlisted more than 10,000 scooters, becoming the largest operator in the Indian vehicle sharing space.

“The sharing economy in India is thriving and has picked up the real pace in the past five years, especially within the mobility sector. We are excited to be in Delhi, which happens to be the largest automobile market in India. With more than 3 million cars on-road, Delhi presents the perfect opportunity to scale our car sharing services,” said Co-Founder and CEO, Ashwarya Singh.

Drivezy competes with players like Zoomcar, Revv and Bounce in the vehicle sharing segment. However, it is the only service to offer both cars and two-wheelers under a single platform. But the definitive edge that the company has over its competitors is its expansive vehicle sharing platform which allows people to enlist their idle vehicles and rent them to customers through Drivezy’s mobile app or website. An average car is stationary 96% of the time, a finding that is fairly consistent around the world, including India. Cars are typically parked at home 80% of the time, parked elsewhere 16% of the time, and on the move just 4% of the time. Since the inception of the marketplace, Drivezy has partnered with more than 4,000 owners.