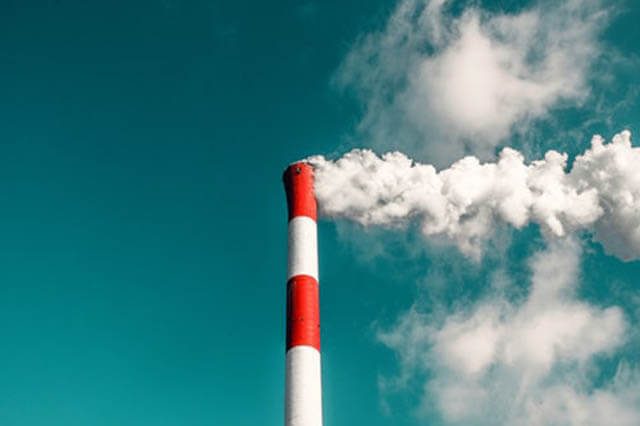 University of Birmingham experts have joined forces with policy makers and researchers in India, and beyond, to call for a new approach to help resolve health, social and economic problems associated with air pollution in Delhi and other similarly polluted regions.

Delegates at a two-day workshop, convened by Dr. William Avis and Prof. Francis Pope, from the University of Birmingham, and Prof. Mukesh Khare, from the India Institute of Technology, Delhi, called for air quality metrics to be incorporated into several of the 17 UN Sustainable Development Goals, most notably SDG3 – Good Health and Well-being.

The conference, held in the Indian capital, also proposed that air pollution be treated as a disaster, in the same way as natural events such as earthquakes and forest fires. It also called for access to clean air to be considered as a basic human right, as researchers at the workshop launched a special scoping study which highlights the health threat to an estimated 46,000 or more people living and working on the streets of Delhi. The city’s pavement dweller community is mirrored in other Indian cities – thousands of men, women and children at risk of serious illness and death because of their constant exposure to dangerous levels of air pollution.

A research team led by Dr William Avis and involving Monika Walia and Dr Bidhu Mahapatra, from Population Council – India, studied several locations. They discovered that pavement dwellers were frequently exposed to severe or hazardous levels of particulate matter (PM) air pollution which could lead to conditions such as acute or chronic lung disease – one of the most common causes of death among this group of citizens.

The ASAAP India (A Systems Approach to Air Pollution India) workshop brought together partners from India, Africa, Asia, Europe and US to explore how cities such as Delhi can better understand how to tackle air pollution. Together with IIT Delhi (IITD), All India Disaster Mitigation Institute (AIDMI), Population Council – India, and Urban Management Centre (UMC), University of Birmingham experts led the workshop, which was attended by British Deputy High Commissioner Jan Thompson.

Professor Francis Pope, from the University of Birmingham, said: “Air pollution kills millions and costs the world economy billions – tackling the problem is not just a technological issue, but a social-economic and social-political challenge that requires a new approach. The University of Birmingham is working with partners in India, Africa and Asia to help understand how our cities can tackle problems caused by air pollution. Many conference delegates were surprised there is no SDG specific to clean air, but there is plenty of scope to include clean air action many of the SDGs.”

Professor Mukesh Khare, from IIT Delhi said: “It is vital that we find solutions to the global threat posed by air pollution. It is more than just a health risk; it slows our countries’ development, diminishes the quality of life and reduces incomes. Air quality need not have its own UN Sustainable Development Goal, but is extremely important for SDG3 – ensuring healthy lives and promoting well-being for all. Placing air quality metrics in relevant SDGs could help to improve life for millions of people.”

British Deputy High Commissioner to India, Jan Thompson OBE, commented: “Air pollution is a challenge shared by many countries and major cities across the world. The UK has recently launched a new Clean Air strategy for the UK. The problem is particularly acute in India and Delhi because of the pace of development and the specific meteorological and geographical conditions. A multi-pronged effort is needed to understand the sources and processes causing this pollution. We are working with Indian partners on joint research that we hope will contribute to better understanding the processes that determine air quality over Delhi, providing new and key insights into pollutant sources, emissions, transport mechanisms, and health impacts in order to develop better informed mitigation options.”

‘Vulnerability Scoping Study: Air Pollution Exposure of Pavement Dwellers in Delhi’ was unveiled at the workshop and recommends a range of actions to improve the situation facing the city’s pavement dwellers including:

It involved experts from multiple countries, including Kenya (University of Nairobi), Uganda (Uganda National Roads Authority), Ethiopia (Ethiopian Public Health Institute) and a range of cities of the global south, including Dhaka and Kathmandu.